I noticed recently, that in the area where I do most the residential locksmith jobs, that most of the apartments have key-less deadbolts on their doors. A lot of the times, I would get a call for a residential lockout to unlock a door, but once I arrive at the scene, I will find out that the lock needed to be handled is none other than a key-less deadbolt. These locks can only be locked from the inside since there is no actual exterior on the key-hole itself. However, it seem so often as people would leave the apartment from the patio or balcony after locking the key-less deadbolt without realizing it.
And to make thing even worse,they somehow, locked themselves out on the patio or balcony as well by slamming the sliding door. With a patio there's usually no major problem unless a Charley bar or similar has fallen down and caused the sliding door to lock itself. With a balcony, I won't take a risk usually climbing up. 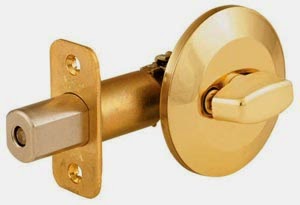 On other occasion, a customer had told her 3 year-old boy to lock the door when she left and he did both the main lock and even the key-less deadbolt. What happen was he fell asleep afterwards. The mother came back and was knocking and banging on the door without being able to awaken the boy. As a last resort, I got the call from her to come. I found the best and easiest way to open this type of lock was to drill a 1/4" hole through the metal cover of the door and a little way into the wood. However, I was careful not to drill straight through the tailpiece hole. After drilling the hole, I simply stuck a screwdriver in and timed the latch. Most of these apartment types of key-less deadbolts that I ran into, seem to have their latch holes seven inches above the keyed deadbolt, with a standard 2-3/8" back-set. I set my drill bit between 2-3/8 and 2-1/2" from the edge of the door. I could see and feel with a plastic strip where the latch is located and just measure the 2-3/8" from that location. After getting the door open, I just too some epoxy and filled the small  it's a simple matter to take some epoxy and fill in the small hole I drill.

Visit the following links for more info about lockout services in Portland, Oregon | Locksmith solutions in Portland
Posted by Unknown at 9:17 AM No comments:

See full list on Listly
Posted by Unknown at 5:38 PM No comments:

With many years of experience in the locksmith field, I learned several tricks opening the most common locks existed in the business from leading brands such as Kwikset, Schlage, Corbin, and more. One of the locks that I learned how to unlock fairly quick without using a specialty key was the F series Schlage key-in-knob lock or the lever set.

What I do first is grasp the knob and apply light and continuous turning pressure on both directions. In the next step, I use a small hammer and hit the face of the plug, making sure not to hit the knob or lever and risking damaging it. You will be surprised at how quickly this opens one of these locks.

After several times of doing that and once you develop a feel for the procedure, you can open those type of locks in a matter of seconds. The reason this procedure works is that the locking mechanism is spring loaded, and by hitting the face of the plug, you are actually bouncing the two locking cams into the open position for a split second. That is why you need to engage the knob with light and continuous  pressure to unlock it. Check out this link for more interesting locksmith tips. 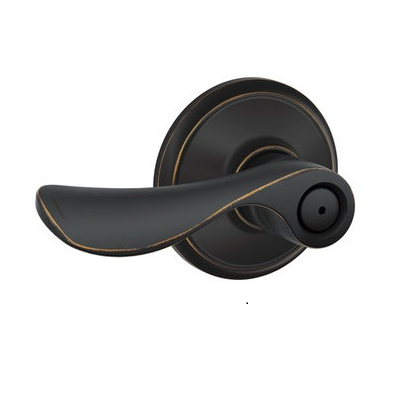 Posted by Unknown at 1:20 PM No comments:

See full list on Listly
Posted by Unknown at 12:45 PM No comments: 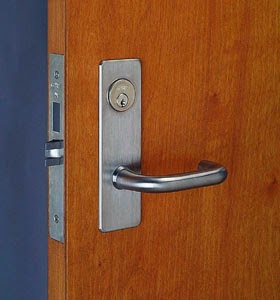 Posted by Unknown at 2:17 PM No comments:

See full list on Listly
Posted by Unknown at 1:46 PM No comments: